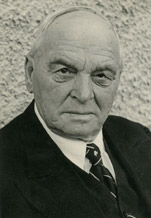 Anton Trixl, born 1878 in St. Ulrich am Pillersee, died 1954 in Zirl, was a Landsturm-Werkmeister of the Austro-Hungarian Army at the „Dolomitenfront“ in the East and South Tyrolean Mountains 1915–1918. In 366 photographs he documented the war’s daily life, different areas of the Southwest-front ranging from Kartitsch and Sexten to Col di Lana as well as the end of World War I in 1918. Anton Trixl is also the head and the „official“ photographer of Sepp Innerkofler’s excavation who died in a fight at the Paternkofel in 1915.

Register and enjoy the advantages of the lightbox
Show Lightbox
Frame

With the continued use of this website you agree to the use of these cookies. More details

This email address is being protected from spambots. You need JavaScript enabled to view it.